The World of the Foresteria

The Valmarana family is one of the most ancient of the region of Vicenza as its title dates back to the Sacred Roman Empire. They became Patrizi Veneti in 1658 thanks to the contribution of 100.000 ducati  given to the Serenissima (i.e. Venice) to support it for the Candia War (1645 – 1669).
The Villa belongs to the family since 1690 and was a house for vacations; during the Winter the family lived their Vicenza palace, built by the Architect Muttoni.

The eldest Giustino Valmarana, Senator of the Italian Republic and owner of the Foresteria; Maria Pia, Giuseppina, Cecilia, Maria Teresa and Tommaso - owner of the Palazzina.

Giustino  – first born – chose to live in the Foresteria with his wife Countess Amalia Spingardi and his sons Paolo Andrea e Angelo who recounts: "The house has always been open to visitors, often with some inconveniences, since we always lived there. Once my mother was ill in bed and my father had promised to call the doctor. A gentleman with glasses comes into the room; she gets out of bed explaining how she feels and what her temperature is for the surprise and embarassment of the tourist who initially thinks that us noble Italians are all a bit crazy. After the due explication the one embarassed is then my mother.

The Italian writer Goffredo Parise, very tied to Giustino, recounts that they once were in the garden taking coffee when a group of tourists came to the gate. The owner took them to visit the Villa without waiting for the porter, kind but impatient for the interruption. Once the visitors had gone, he sat back next to his friend snorting...He was a strange example of Venetian, Catholic and Christian Democratic character; Deputy for the "Costituente", Senator for four legislatures, Giustino Valmarana was well-know for his sharp mind - Parise defines him Voltaireian - and for his independence of judgement. 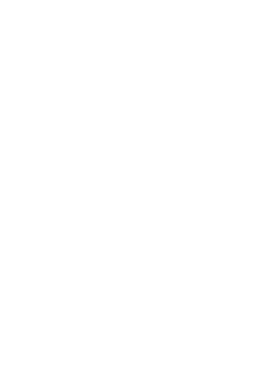 Amalia was the daughter of the General Paolo Spingardi who in 1909 was Minister of War, Senator and Collare della Santissima Annunziata, high and rare privilege given by the King Vittorio Emanuele, who was equilizing the awarded person to the King's cousin.

“Of countess Amalia in Vicenza for us all there was one and only one: Amalia di Valmarana...It would be impossible to invent another one, as she was unique in the mithology of my town's women, with which my generation had relationships of admiration, veneration and friendship."(Antonio Barolini "Il Giornale di Vicenza" Gennaio 1967)

Angelo Valmarana chose to remain in Vicenza his life and was the greatly appreciated and refined host of the Foresteria. "...In the Autumn we would move to the villa in Lonedo - the first one built by Palladio - where Visconti turned "Senso". The house which had more than 100 rooms was frescoed by pupils of Veronese; my father sold it twenty years ago without even telling us... nevertheless it was a wise decision, it was impossible to maintan it"

Following his great love for cinema, Paolo left very young to go and live in Rome.

"... notwithstanding his apparent venetian indolence and his disenchanted catholic wisdom which measured everything with the stainless meter of eternity, Paolo Valmarana was rich with genuine enthusiasm, full of versitile vitality...As a cinema person he worked without prejudice or sectarianism, as the results of his collaborations with Roberto Rossellini, Federico Fellini and with the brothers Taviani, Elio Petri, Ermanno Olmi, Nanni Moretti show.

The Villa has always been visited by friends and VIP's. We like to remember here, with the help of pictures and signatures, some of the most famous visitors who have come to admire it.